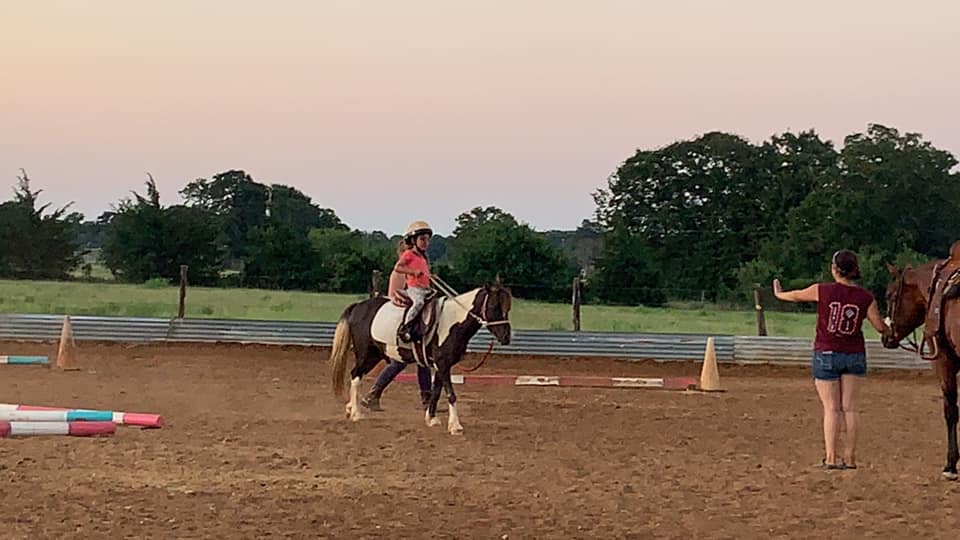 Checkers was placed with BEHS by a rescuer who was closing her doors.

Checkers will be competing in the Non-Pro in Hand 12 & Up Division of the Bluebonnet Rescue Horse Training Challenge with youth Kaitlynn Dragoo. He will be available for adoption at the Challenge during the Bluebonnet Horse Expo on October 17, 2020 in Taylor, Texas.

Checkers was barely halter broke when he arrived at BEHS. He now loads well and stands well for the farrier.

His first foster home has worked with him in hand and on the longe line to teach him to jump (she said he excels at jumping!) and navigate trail obstacles in hand. She also taught him to carry a saddle and bridle was on him a few times.

His first adopter's grandkids began riding him. When he was returned in 2020, he went to trainer Sabine Lazo for a refresher. She rode him in an arena and on trails and had no problems with him. He's now preparing for the fall Bluebonnet Rescue Horse Training Challenge and is doing well. 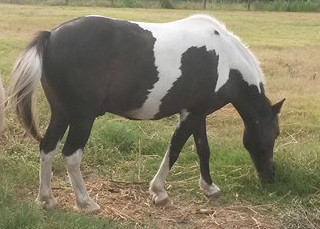 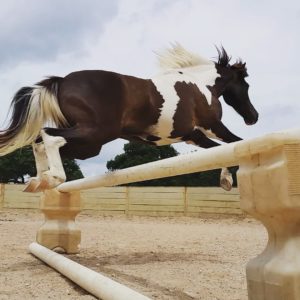 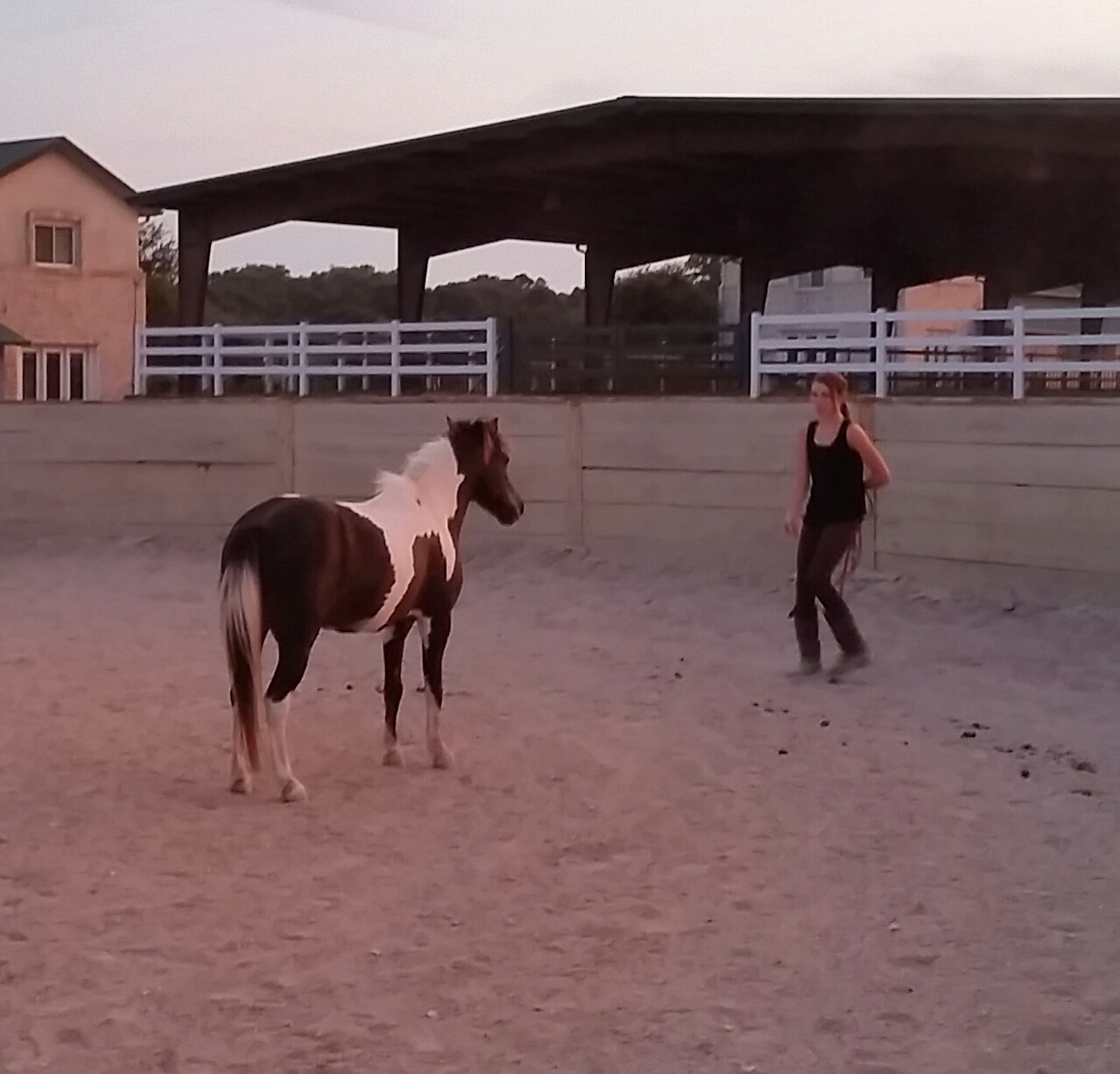 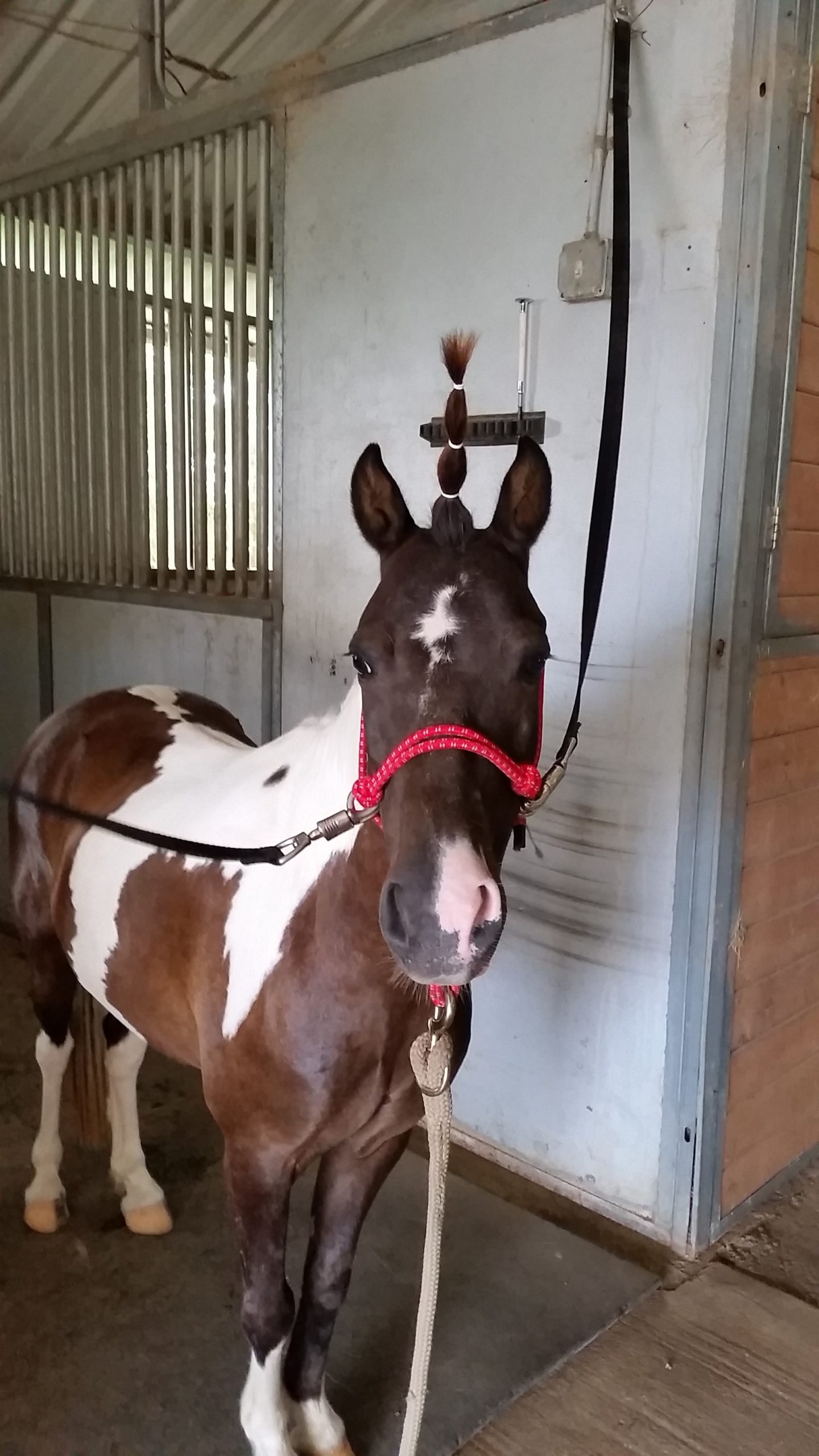 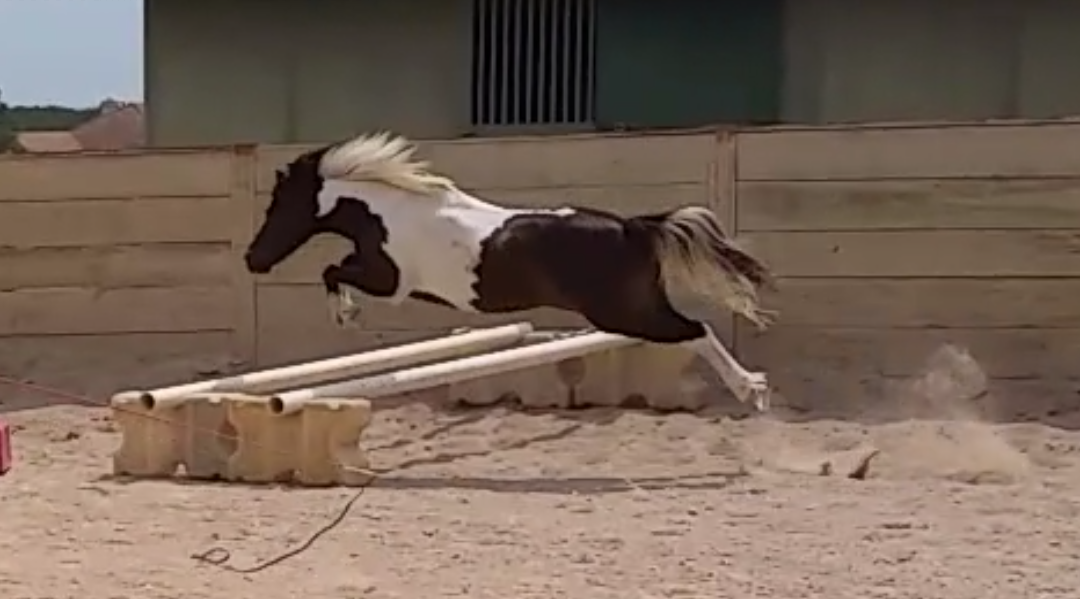 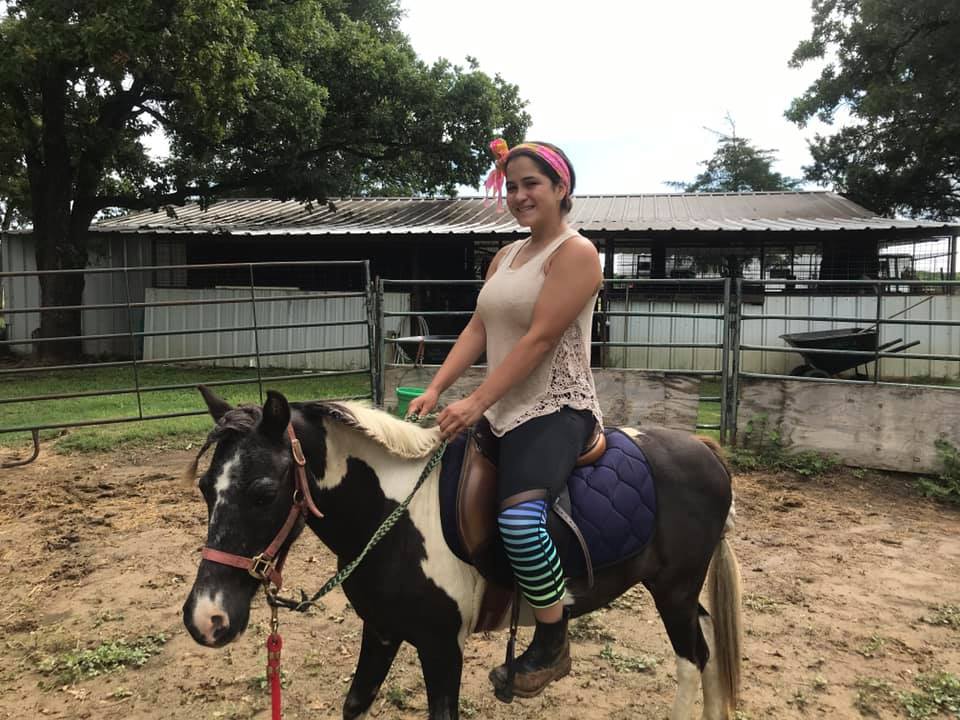 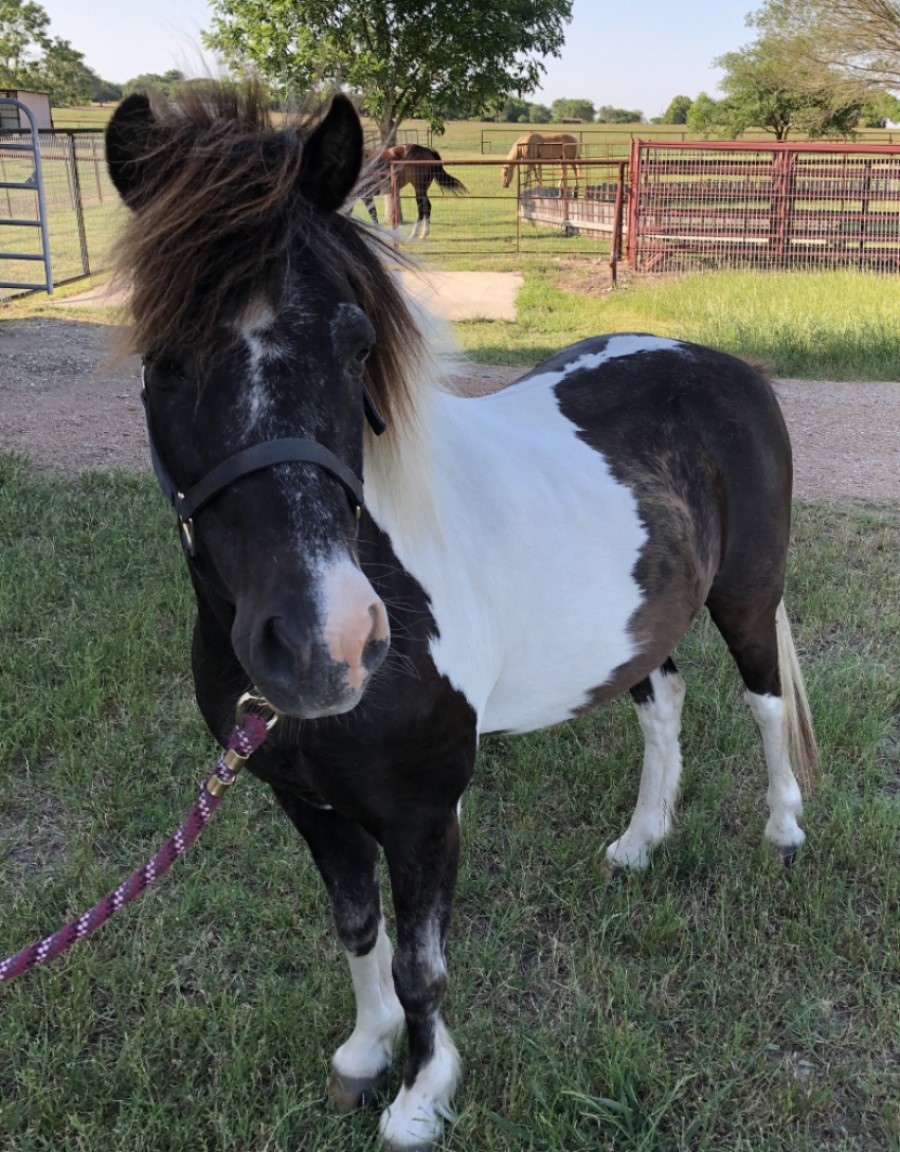 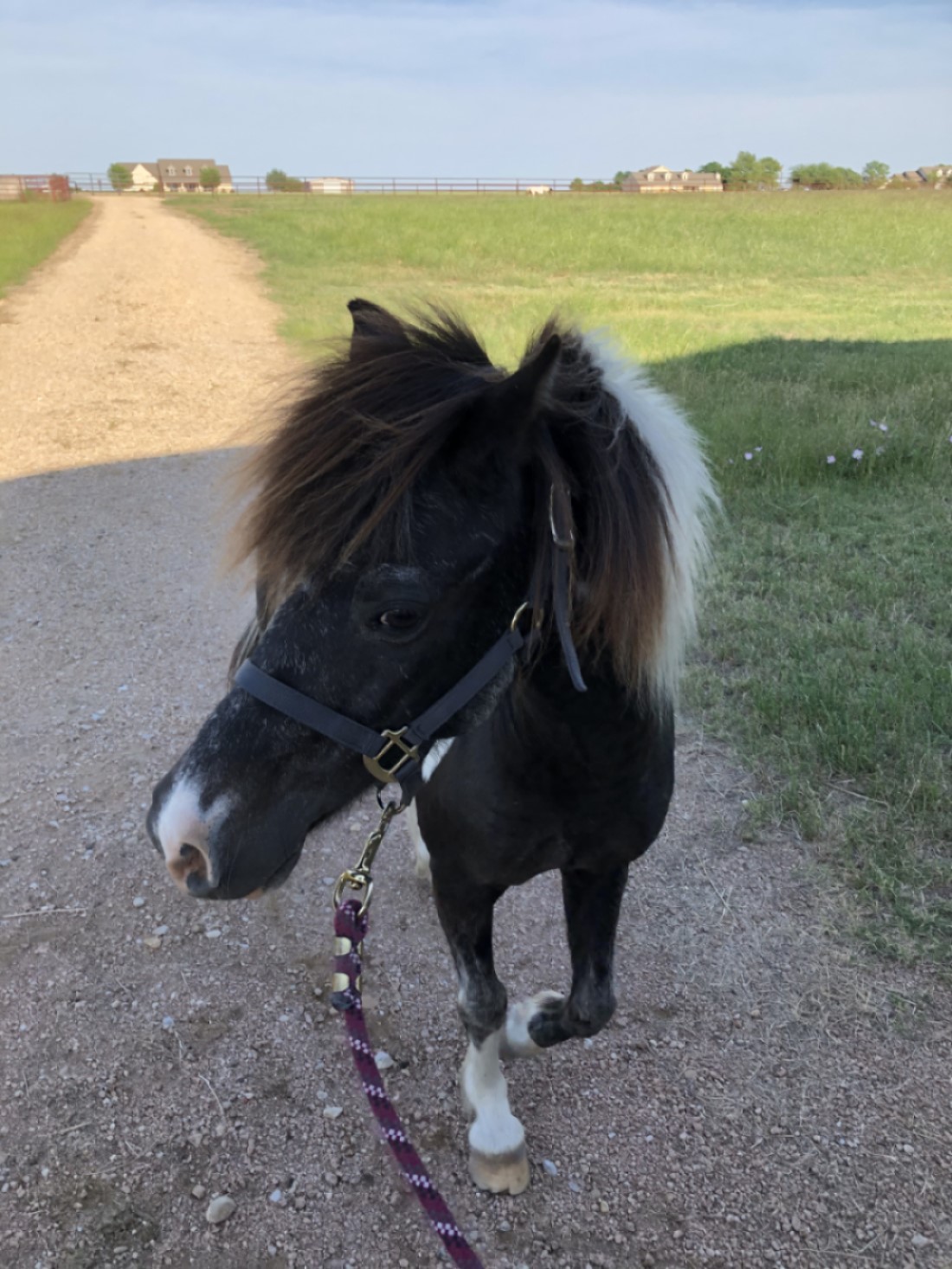 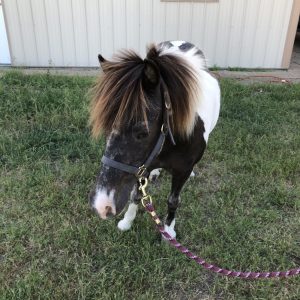