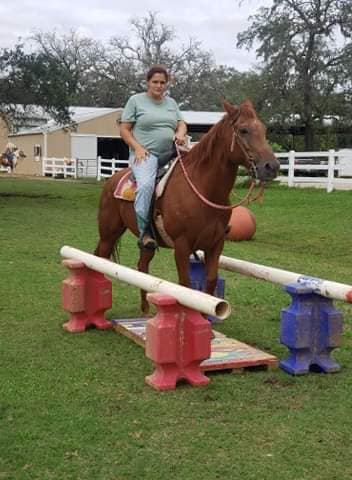 Autumn was placed with Bluebonnet when her owners could no longer keep her.

She is a sweet mare most of the time, but she did kick at her first foster home. She has not kicked at people in her subsequent foster homes.

Her previous owner was told she was only a broodmare, but she was evaluated by a trainer when she arrived at Bluebonnet. They discovered she had been started under saddle and was rideable. She was calm with the saddle, the rider, and the rider's leg pressure. She did not seem to know much, so she went to Kelly Lazo for the 2019 Bluebonnet Rescue Horse Training Challenge. Kelly restarted Autumn under saddle and began trail riding her.

Autumn is spending June-October with a non-pro rider to prepare for the fall Bluebonnet Rescue Horse Training Challenge. They're working in an arena and over trail obstacles. Her trainer says she will do just about any of them.

Autumn tends to get a little excited at new places. She loves to go but has a nice stop. They have been working on loping and she gets a little fast at times, but is improving for sure! Autumn does better if she is lunged before riding and would do best with an intermediate rider. 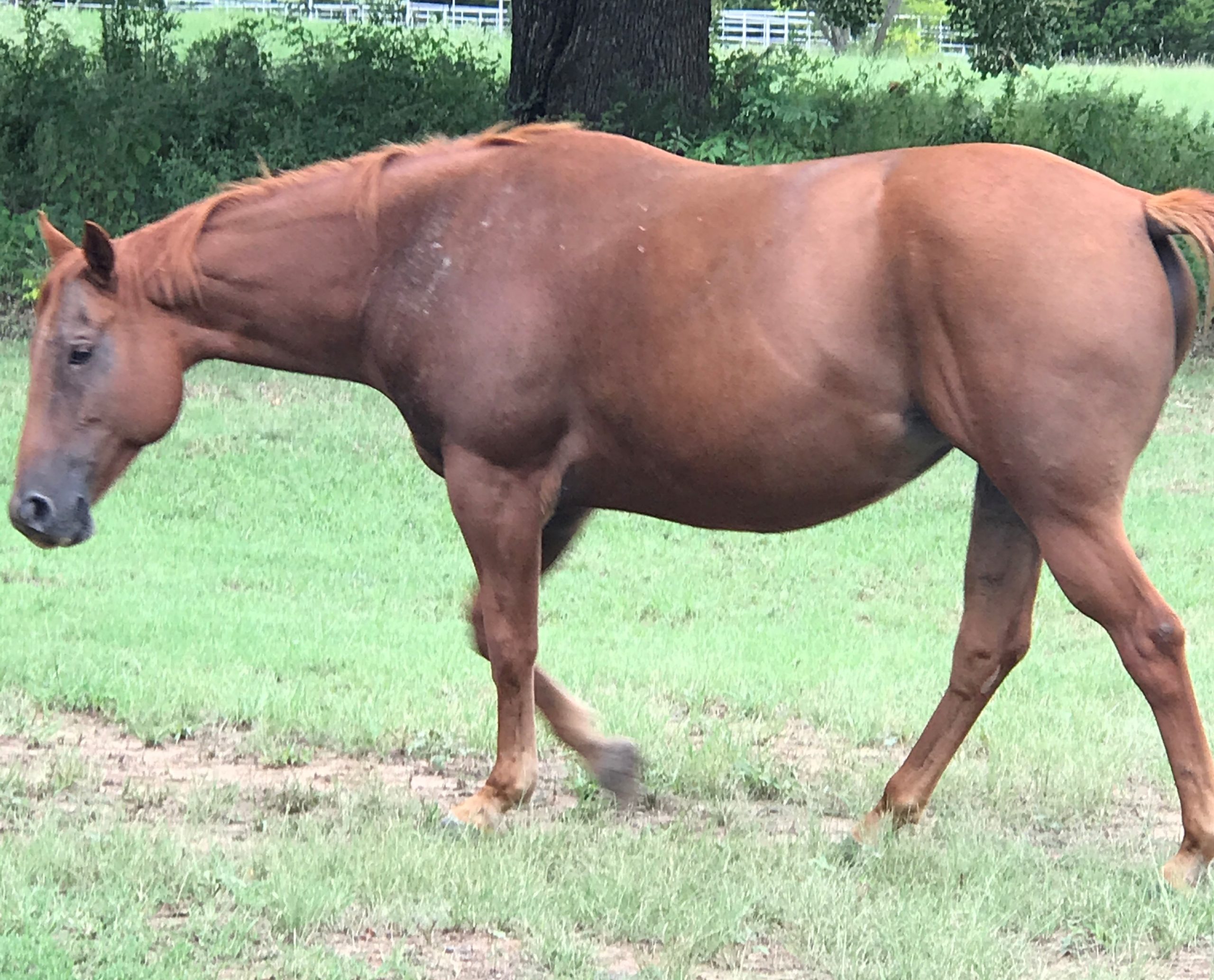 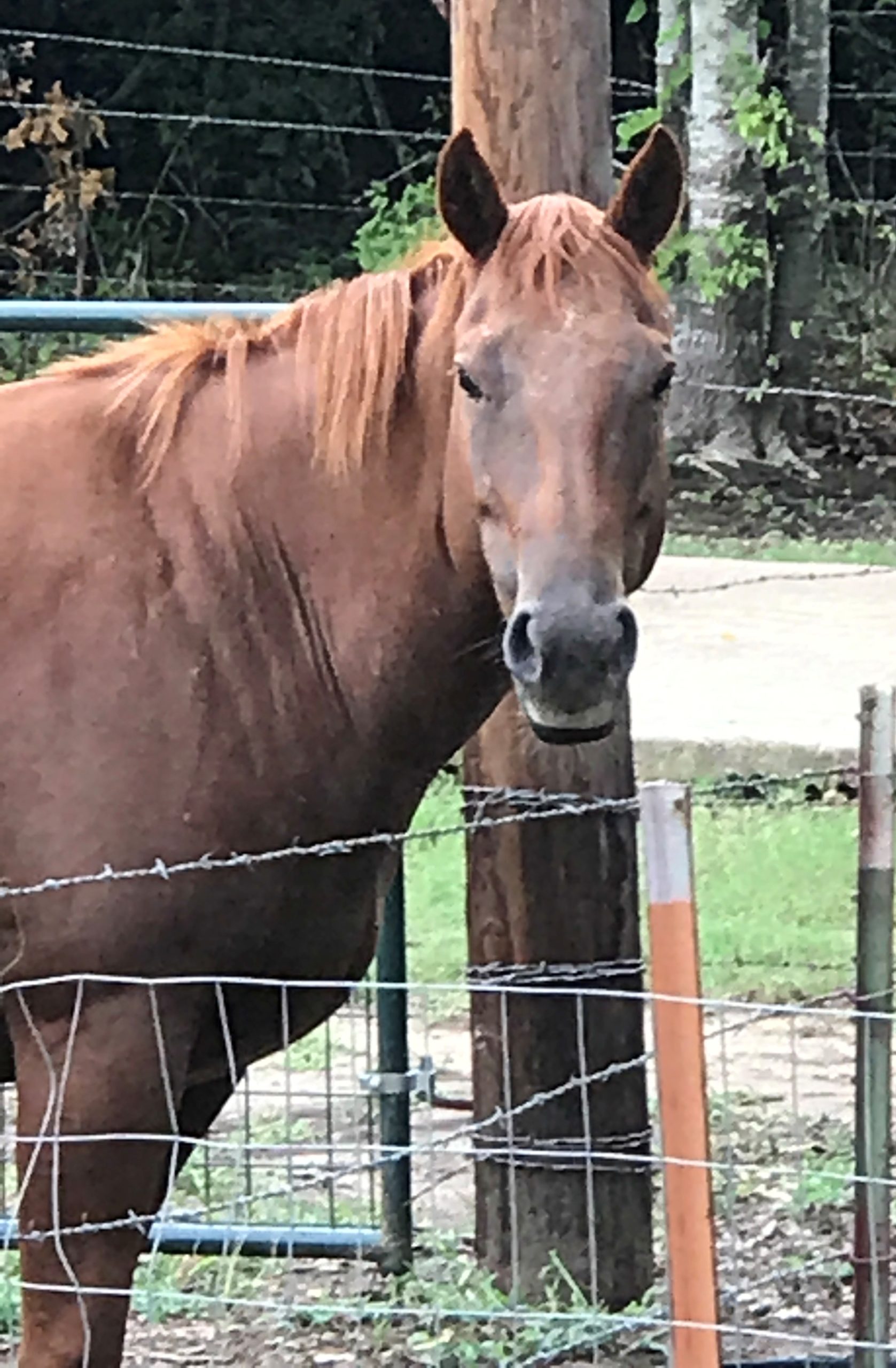 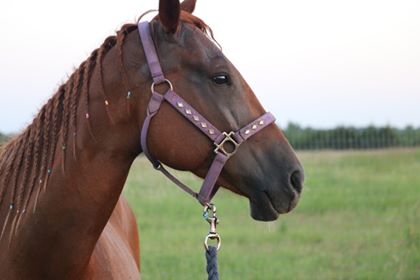 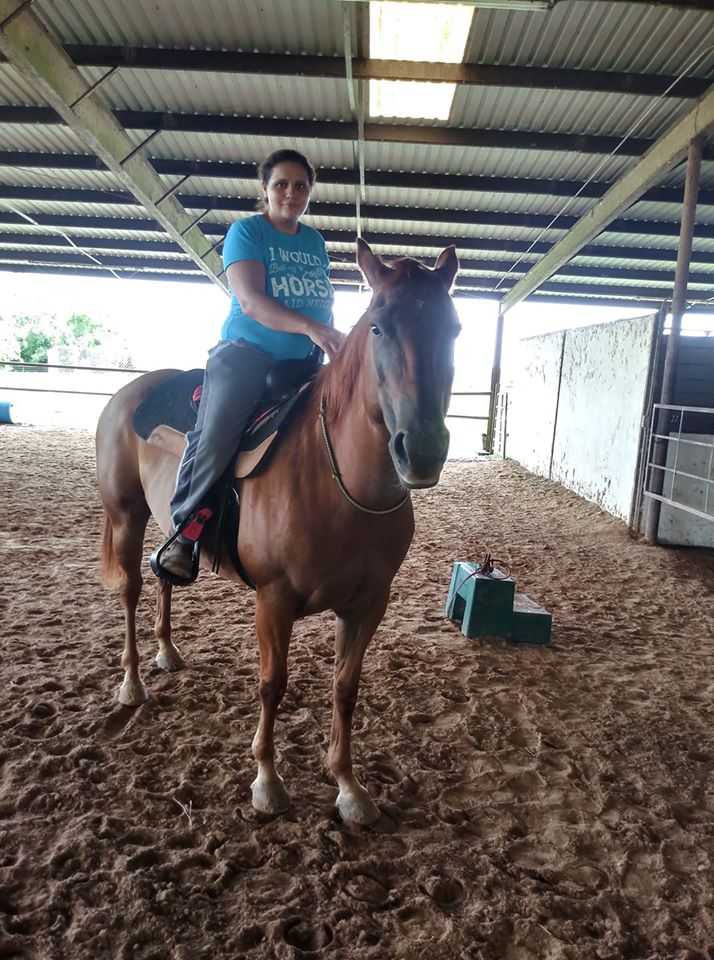 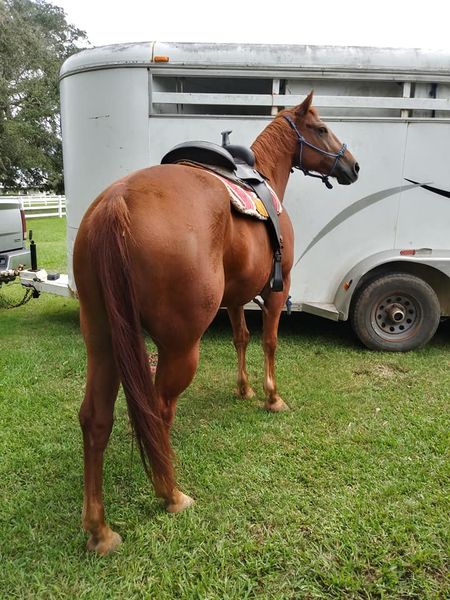 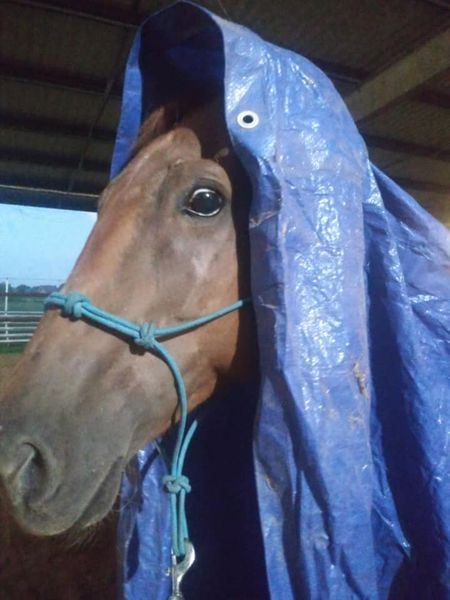 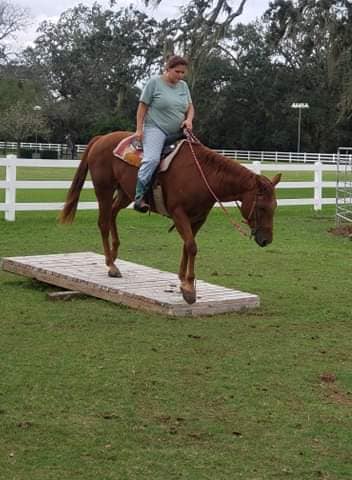 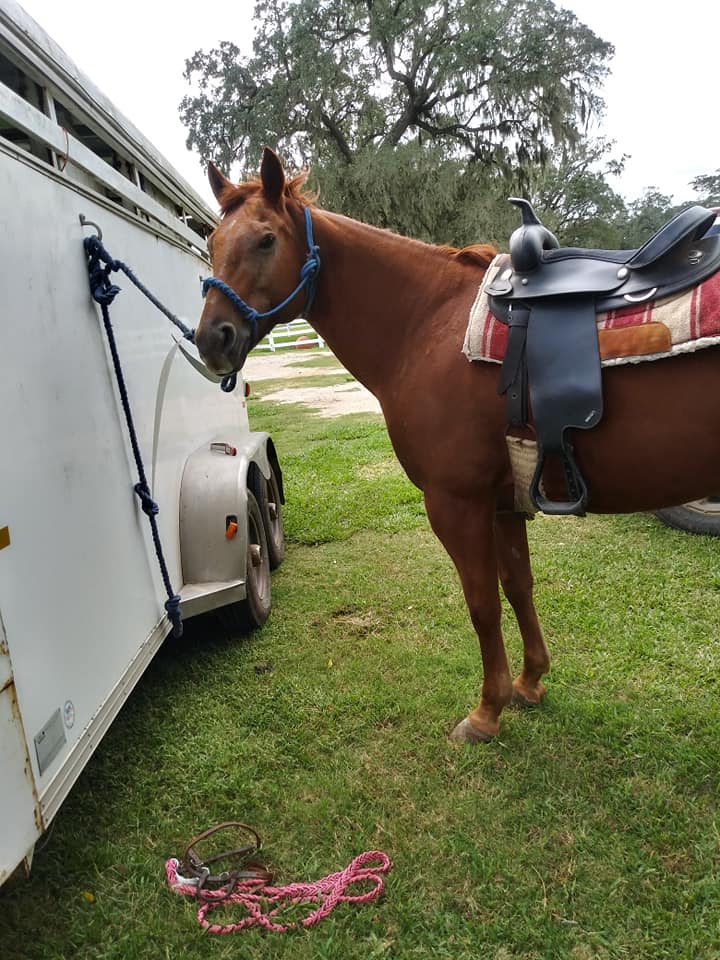